Path  Purpose  Peace
Work With Me 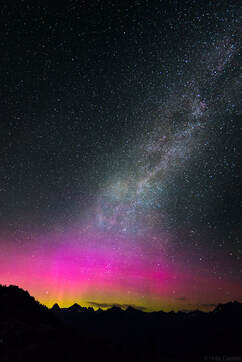 ​      The Northern Lights are the beautiful display of glorious illumination visible in the sky in the far Northern hemisphere. They are mysterious and magnificent, scientifically quite explainable, resulting from solar flares and solar plasma hitting our atmosphere. The more technical name is “Aurora Borealis”. This translates as “the dawn of the North Wind”.
Following a manifestation of extraordinary magnitude on November 28, 1893, Norwegian Arctic explorer, Fridtjof Nansen said:

"There is the supernatural for you – the Northern Lights flashing in matchless power and beauty over the sky.., if one wants to read mystic meaning into the phenomena of nature, here, surely, is the opportunity.”
​
​       As a dream symbol, the Northern Lights are a sign of guidance and beauty in adversity. They have been represented as a mystical symbol with deep spiritual significance bringing gifts of awareness, awakening and enlightenment. In native culture they were thought to be dancing souls of favorite animals having the power to help cure disease and promote wellness. It was believed by the Algonquin Indians that the lights were a sign from the creator reminding them of his lasting love. Through the centuries and various cultures, The Northern Lights symbolically have been known to represent the “Universal Creative Process” carried out in nature. This has been looked at as a macro version of what we, as human beings, do ourselves as part of the human journey and existence that is our earthly life.
As I was deciding to pursue my current path as a Life Coach, Hypnotherapist & NLP Practitioner there was an unusual energy and vibration over Washington State, where I live, that was producing displays of the magnificent lights not usually visible this far South. I was inspired by these displays of amazing transformation in nature to name my coaching business after them. I chose Northern Lights Life Coaching as my business name. In the course of the past 4 years I have seen the transformative process and how it mimics nature for us as human souls evolving and has the same dramatic firey process which burns into a wise and  stunning result. I have rebranded from that side of the process and that is where Soul Fire Wisdom was created.  It is my hope and intent to guide my clients through their own personal transformation, healing and enlightenment that will manifest in beautiful and unique form, much like the illuminations that have signaled transformation in nature over the years.